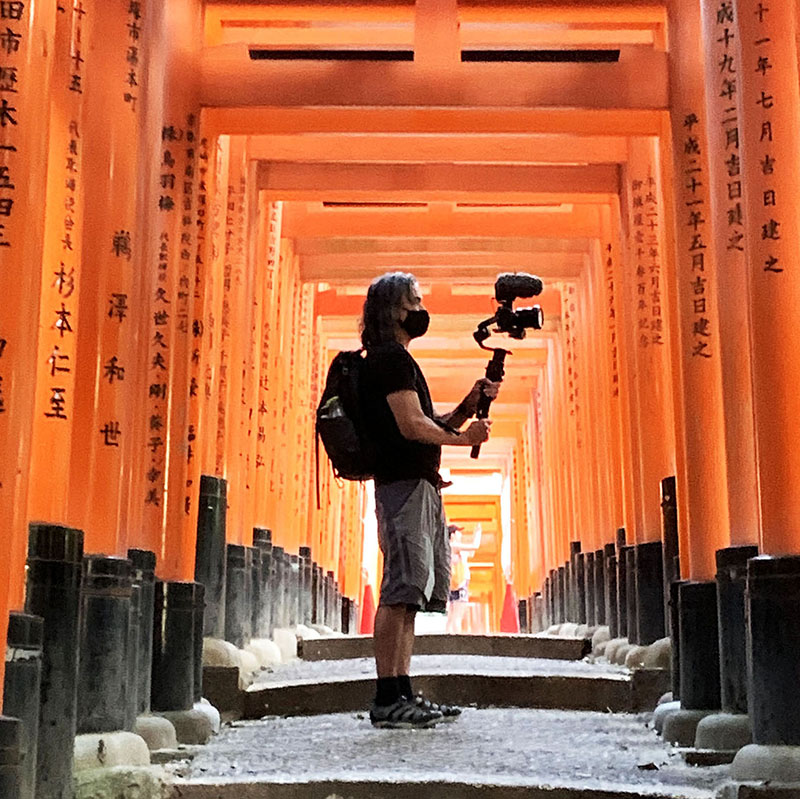 A travel junkie with a sense of detail. Will started in the travel business over thirty years ago when he began working in the cruise line industry. He later moved into a misguided path as he deviated into the world of Accounting and became a CPA. Although he has an affinity for working with growing businesses, he could not leave the travel world for good. Will eventually found his way back to travel as he and his lifelong partner, Jessica, embarked upon their journey of adventure and cultural awareness in 2014.

To document and share this journey, Will took to video and has become a master visual story-teller, focusing on sharing the inside story of full-time travel. Their journey is about experiencing cultures and locations, not as a vacationer, but as a local. This desire to explore the world more authentically and share it with all is at the foundation of their passion businesses, WorldTowning and ultimately WorldTowning Voyages. For Will, there is no better satisfaction than to have introduced a new perspective to others that cannot be found in traditional media.

The life Will and family have crafted for themselves is nothing short of remarkable. They hiked for 44 days  on the Camino de Santiago, visited 52 countries in Europe during their two-and-a-half-year motorhome adventure, and sought shelter from the doldrums of the COVID lockdown with an extended stay in Japan. They are now preparing to circumnavigate the world on a newly acquired sailboat in France.

Through WorldTowning Voyages, Will not only gets to craft the type of adventures and experiences he would have wanted when he was taking traditional vacations, but he gets to create lifelong bonds with every participant who comes along for the journey.

We use cookies on our website to give you the most relevant experience by remembering your preferences and repeat visits. By clicking “Accept”, you consent to the use of ALL the cookies.
Cookie settingsACCEPT
Manage consent

This website uses cookies to improve your experience while you navigate through the website. Out of these, the cookies that are categorized as necessary are stored on your browser as they are essential for the working of basic functionalities of the website. We also use third-party cookies that help us analyze and understand how you use this website. These cookies will be stored in your browser only with your consent. You also have the option to opt-out of these cookies. But opting out of some of these cookies may affect your browsing experience.
Necessary Always Enabled
Necessary cookies are absolutely essential for the website to function properly. These cookies ensure basic functionalities and security features of the website, anonymously.
Functional
Functional cookies help to perform certain functionalities like sharing the content of the website on social media platforms, collect feedbacks, and other third-party features.
Performance
Performance cookies are used to understand and analyze the key performance indexes of the website which helps in delivering a better user experience for the visitors.
Analytics
Analytical cookies are used to understand how visitors interact with the website. These cookies help provide information on metrics the number of visitors, bounce rate, traffic source, etc.
Advertisement
Advertisement cookies are used to provide visitors with relevant ads and marketing campaigns. These cookies track visitors across websites and collect information to provide customized ads.
Others
Other uncategorized cookies are those that are being analyzed and have not been classified into a category as yet.
SAVE & ACCEPT